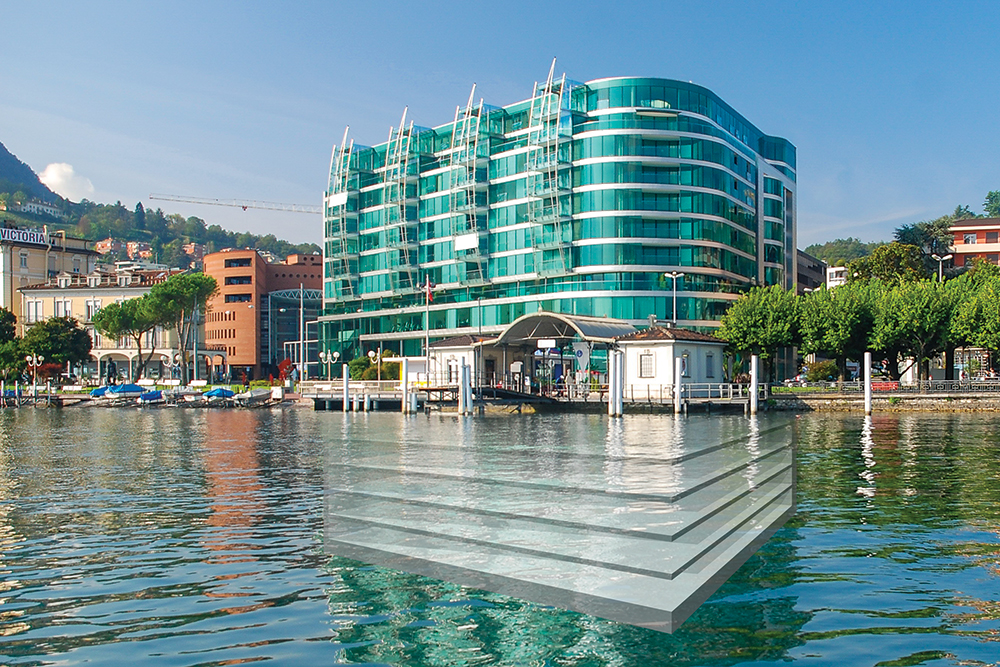 Drytech tank system for the 5 floors of the underground car park of Palazzo Mantegazza, 15 meters from the lake, in the presence of a water table of 18.80 meters.

The basement was built in underlay, using the hanging formwork technique: after the completion of the diaphragm walls, the slab of the ground level is cast, leaving openings through which it is possible to dig up to the level of the slab -1.

Then the formwork already used for the zero slab is lowered and, once it has reached level -1, the new slab is cast on it. And so on up to the bed, at level -5.

The walls of the Drytech Tank are made directly against the diaphragm, obtaining both the lining and the wall itself in a single casting.